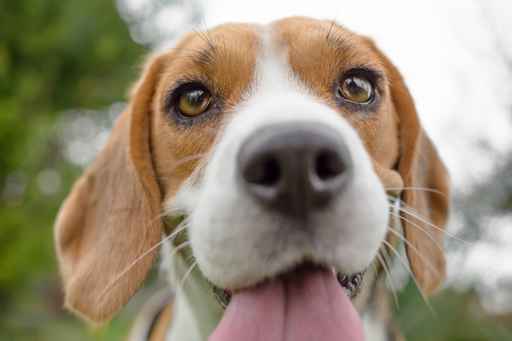 But first, something sentimental…

If you’ve ever had a dog eagerly greet you at the back door after a long day, you know firsthand that dogs can improve your mental well-being. Other things we non-researchers have learned include, but are not limited to, the following:

Dogs & Human Health: What We Know

And now, what you have all been waiting for… two reasons to indulge in more quality time with the pooch.

It doesn’t stop there. The long debate over dog kisses inspired even more research, this time the focus falling on an older demographic. Last year, a research group was set to begin studying adults aged 50 years or older and the effect of dogs on participants’ physical strength, sleep, and –unsurprising to us — their happiness.

Dog Bacteria to the Rescue

The common thread among these proven findings and to-be-determined predictions? The bacteria that live within our canine companions.

The beneficial microbes that comprise probiotics are believed to enhance human health, so researchers are eager to learn if harnessing the abundance of “good” bacteria in dogs is central to the health of their human counterparts. Although this research isn’t yet solidified, we plan to do some research of our own.

While scientists do their researching, we’ll be busy sneaking in some dog snuggles and extra kisses.