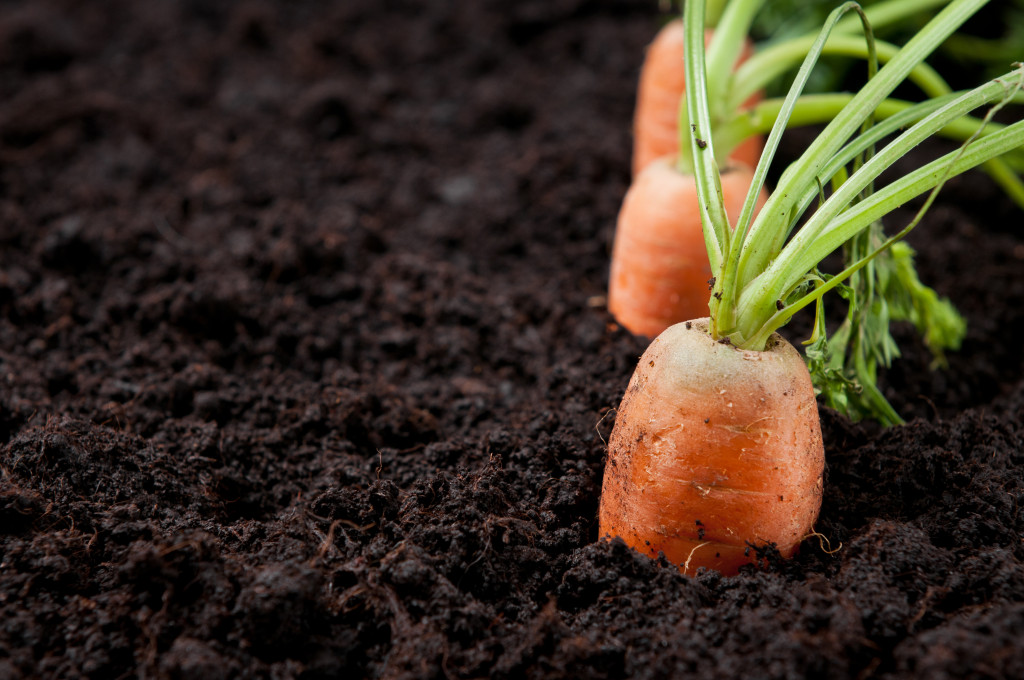 Imagine picking fresh, ripe strawberries right off the vine. You wipe off the dirt to reveal the prize; they’re plump, they’re juicy, and they’re going to help you create the golden fleece of fruit salad.

Then, right before you bite into the freshness, someone comes by and pours chemicals all over the berries. Would you still eat them? What if I told you that you have been contaminated by produce most of your life?

Unfortunately, after World War II, farmers began using soils that were filled with harsh chemicals that were to be used to repel insects and rodents; however, what they didn’t know was that these chemicals in the dirt were also depleting the nutrients in the produce! This depletion means that our food isn’t giving us the proper amount of nutrients per caloric intake, resulting in a deficit of protein, calcium, potassium, iron, and many more.

Not only that, but research shows that these types of chemically-filled dirt also affect our planet- the greenhouse gases in these soils are dramatically increased, causing much higher emissions of CO2 and Methane.

In response to this disparity, a lot of farmers are adopting organic practices into their farming techniques, such as using all-natural soils and compost. Although these organic foods tend to be pricier, the overall benefit to your body (especially us health nuts out there) is priceless. Along with that, the impact on the environment with this type of organic farming is much smaller, leaving a less noticeable carbon footprint and helping our beautiful earth in the long run!

If spending the extra few dollars on organic foods (which can easily add up!) is not in your budget, perhaps supplementing the nutrients with a multivitamin or immunity booster can help your overall health, keeping your body and wallet happy.

For more information on the benefits of probiotics for agriculture, check out our website! 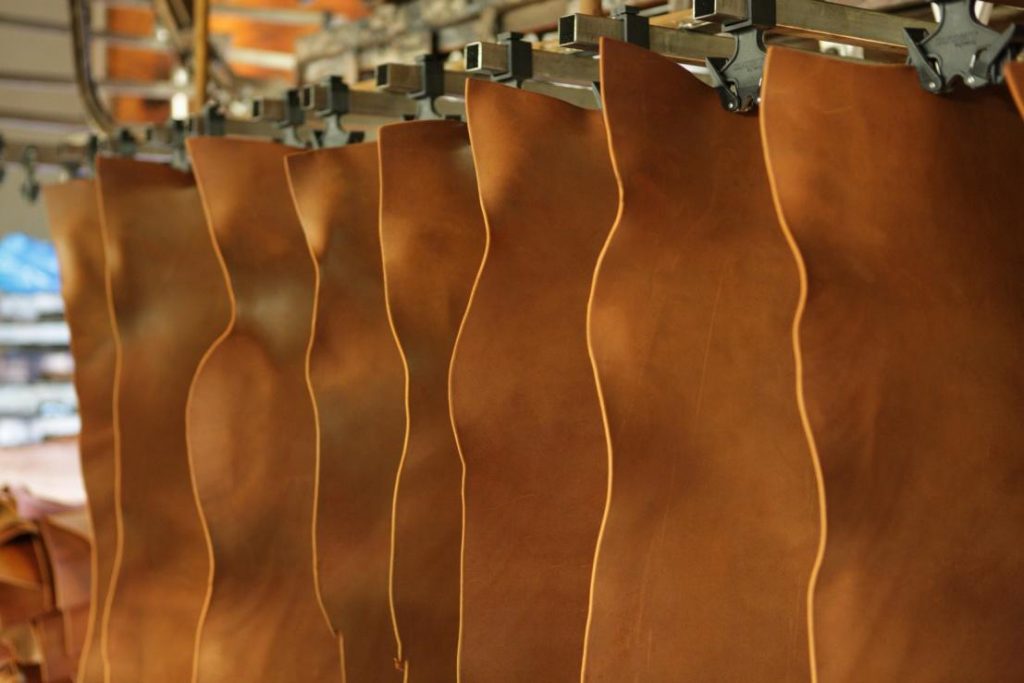 Since the middle ages, people have tanned the hides of animals to make leathers to be used for furniture, clothing, and decoration. Unfortunately, the chemicals used by tanneries to create this luxury have proven to be harmful to human, animal, and planet health. With the sustainability of Earth now at the top of every country’s priorities, tanneries have begun to get a bad reputation for their work, despite the efforts made to shrink the environmental impact of these businesses.

The Use of Harsh Chemicals is an Ancient Practice

The use of mercury, arsenic, and selenium are all chemicals used in the practice of tanning leather— well, they were 60 years ago. Now, these dangerous chemicals have been replaced with saline solutions, or chemicals that contain salt as their tanning agent.

Probiotics are key! New research has shown that using Probiotic solutions specifically designed for tanning leather has decreased pollution, smell, and overall harmfulness of tanning leather. This solution helps make the leather more flexible, returning it to a more natural-feeling state while ensuring that the harsh chemicals are not present to harm you, your family, or the environment!

Overall, tanning can now be seen as not completely detrimental to society and our sustainability. With these new advances, and more progress being made every day, the practice of tanneries will soon be out of the headlines, with higher quality leathers made by probiotics coming to you soon.

For more the latest industry news, tune into our weekly blog. 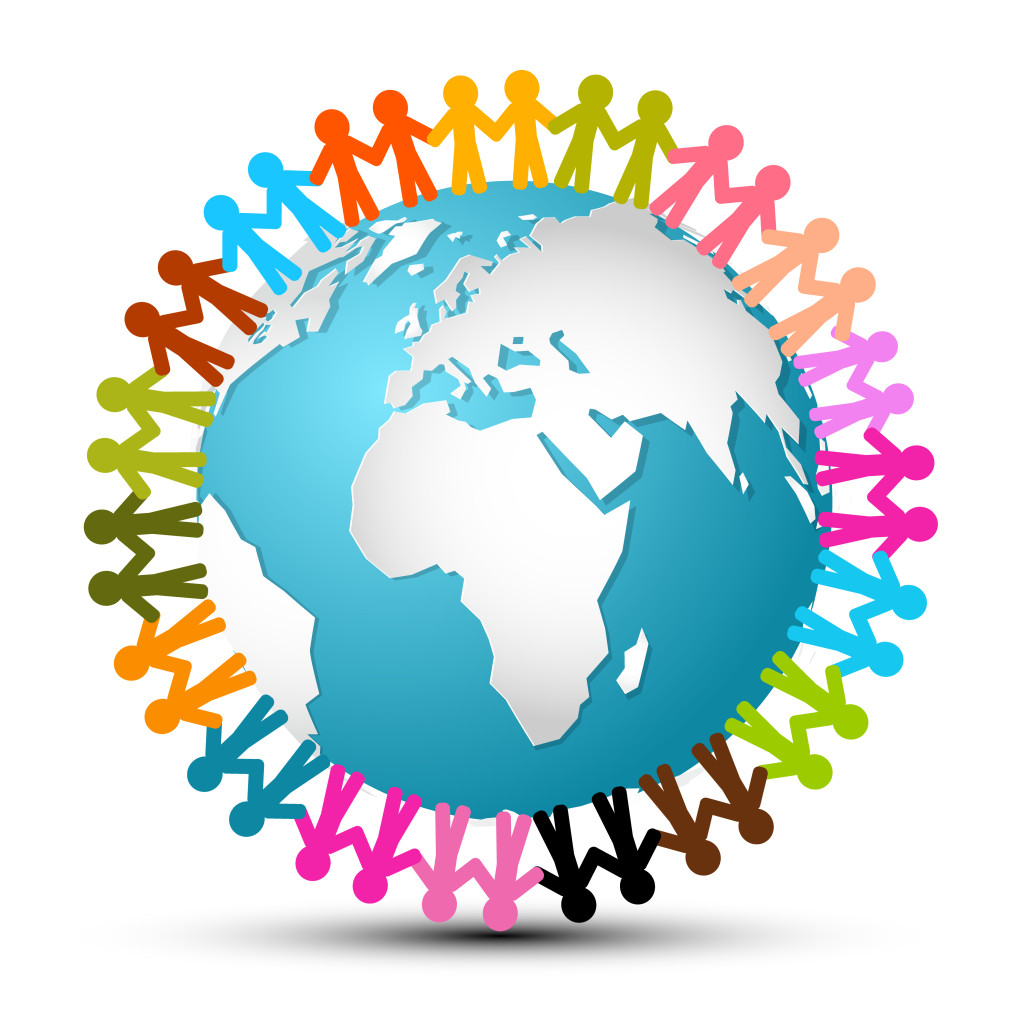 The big ‘M’ word is thrown around in a lot more than scientific journals today. Since hitting mainstream media, talk about the microbiome has left many perplexed with furrowed eyebrows and others –read: us– wanting to learn everything about this exciting revelation. Having known that the microbiome is home to trillions of unique bacteria, news that the American microbiome is far less diverse than those of ancient and present-day indigenous people came as no surprise to us. And although we have conclusive data supporting this notion, we’re left wondering exactly what this discovery means for Americans and others with less diverse microbiomes.

Recap of the Studies:

To understand how American microbiomes differ from those of less-developed, more indigenous cultures, the microbiomes of rural Papua New Guineans were studied. What makes this group especially interesting is the fact that they use antibiotics while otherwise maintaining a very endemic lifestyle.

More recently, microbiologist M. Gloria Dominguez-Bello and her team visited the Yanomami tribe of the Amazonian forest. Living an even more primitive lifestyle than the people of Papua New Guinea, those in the Yanomami tribe have stayed true to their 11,000-year-old hunter-gatherer heritage. In a recent report of their findings, Dominguez-Bello explained that upon DNA sequencing analysis, it was concluded that “The tribe had about 50 percent more ecological diversity than the average American has…”

What this Means for the Less-populated Microbiome…

Although we, as a society, have seen a rise in autoimmune diseases and allergies in the super-sanitized Western culture, we can’t necessarily hold our microbiomes accountable. We have advanced sewage and water systems. And when you pair that with our super-clean food and independent housing, we’re exposed to far fewer microbes than those of our close-quartered indigenous cousins. In spite of the weak correlation between fewer types of bacteria in the microbiome and these new health concerns, Dominguez-Bello does caution that she thinks we have lost some species that contribute to key functions.

With fewer types of bacteria comprising western microbiomes, it is important to take antibiotics only as needed. We know for a fact that just five days of one broad spectrum antibiotic can wipe out up to one third of the existing microbial ecology. If and how soon those depleted microbes will return is uncertain, so it’s key to use antibiotics only on a needed basis.

That’s a wrap for today’s microbiome news. Stay tuned as researchers gain more insights into how these microbial differences affect the human body.