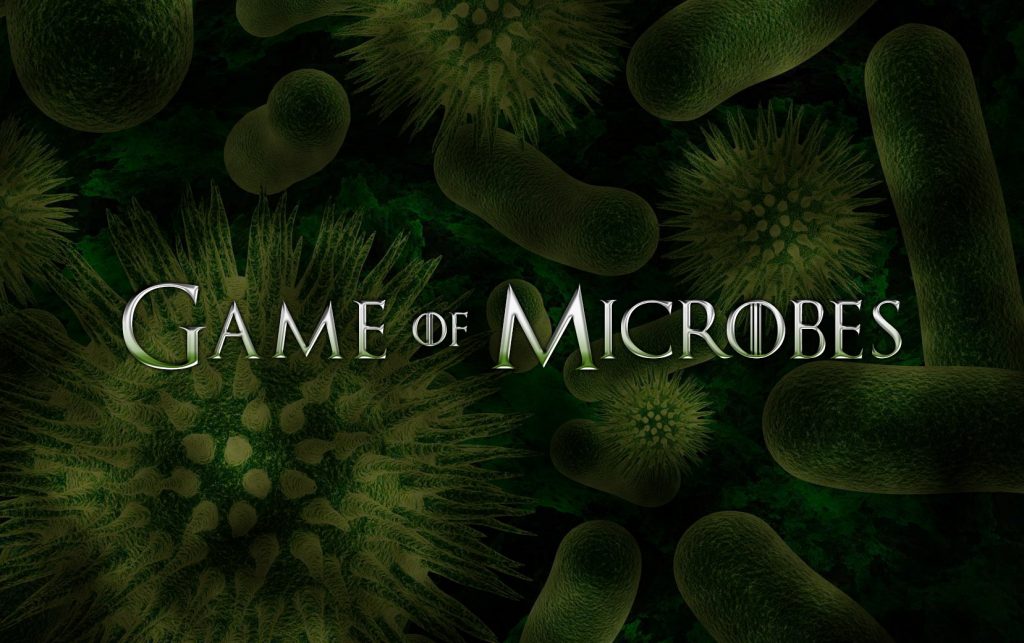 A war has begun. Two sides- good and evil- fighting for power. These two opposing sides are fighting for one thing: your Kingdom- you. Whichever one wins will have complete control over your future. This is a Game of Microbes.

Why are they fighting?

Microbes are constantly fighting in your body. Just like in Westeros, your microbiome has plenty of different “houses” (or bacteria) fighting for control over the Kingdom.  The good (Starks) and the bad (Lannisters) microbes want control over your body’s health. If the Starks win, you will have a mostly healthy digestive system, good immunity, and healthy bodily functions; if the Lannisters win, your body will become a never-ending cycle of sickness and illness as their Wildfire spreads throughout your Kingdom.

How can you help the microbes?

Obviously now, you’re probably getting a little concerned about who is going to take over the kingdom and rule your body’s functions. No fear! There is help! Probiotics, soldiers from the Fermentation Kingdom, can send over troops to strengthen your forces to help defend against the Lannisters. These troops can come from many different areas– the Land of Sauerkraut, the Fortress of Kimchi, or the Yogurt Lagoon. Or, if these places do not appeal to you, there are always supplementary areas that have probiotic troops on reserve.

Good luck defending yourself. You might not win every battle against illness with these probiotics, but you will definitely win the war.

“A bruise is a lesson… and each lesson makes us better.” George R.R. Martin