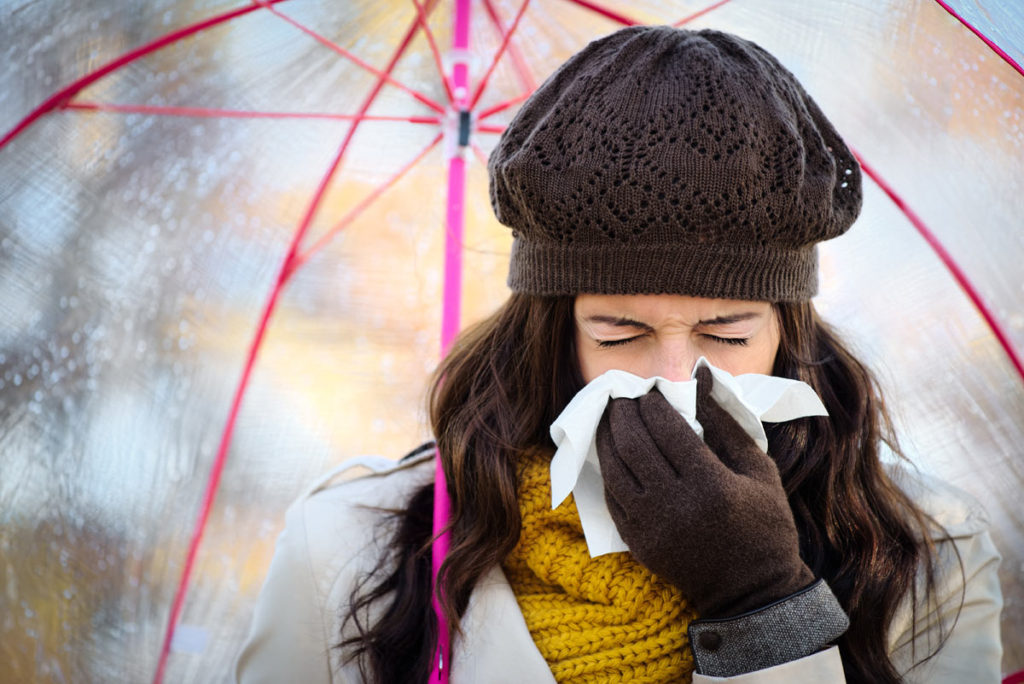 It’s that time of year again, cold season. It starts with one cough from Michael, two cubicals down from you. Now your kids are sniffling every five seconds in the back seat and you feel a tickle in your throat.

The common cold, caused by the rhinovirus, isn’t usually deadly to those with average immune systems. But it is a major inconvenience, and can even knock you off your game for a few days.

The greatest cure for the common cold is prevention and there are some simple steps to reduce your risks of catching a cold.

Being Cold and Catching a Cold Are Linked:

Researchers still aren’t sure why cold temperatures and the rhinovirus are linked. Perhaps the virus grows better in cold temperatures. Perhaps the immune system is less effective in the colder areas of the body like the nose. Research is still sorting out the answer, but one study confirmed that people with higher internal core temperatures had a more active innate immune system that fought off viruses better and created enzymes that broke down the viral genome more effectively. So, wrap a scarf around your nose when it gets cold, and make sure to wash your hands so any virus you come in contact with doesn’t spread from your hands to your eyes, nose, and mouth.

The holidays are when many people travel to visit loved ones. But traveling increases your risk of getting sick. More places means more germ exposure. Traveling also increases stress which correlates to a lowering of the immune system’s response to new irritants. Finally, we tend to sleep less when we travel, our bodies do a great deal of recuperation while we sleep. The less quality sleep we get the less time the body has to strengthen  itself against attack. If you have to travel this holiday season; stay hydrated, wash your hands frequently, and try to get as much sleep as possible. Catching a cold away from home is the pits.

80% of your immunity is in your gut, make sure you’re taking care of yourself by starting a probiotics regimen. Taking probiotics, either in the food you eat or as a dietary supplement supports digestive health. Introducing good bacteria to your digestive tract improves your ability to fight off sicknesses in the long run. And if you’re traveling really far this holiday season, taking probiotics reduces your risk of traveler’s diarrhea.

If it’s already too late for preventative methods, probiotics can reduce the number of days you have a common cold. Studies show probiotics could stimulate antibody production, if taken when you start catching a cold, moving the rhinovirus out of your system quicker.

Whether you choose a supplement or a food source for probiotics, there are a number of avenues available to help you make this healthy lifestyle change. 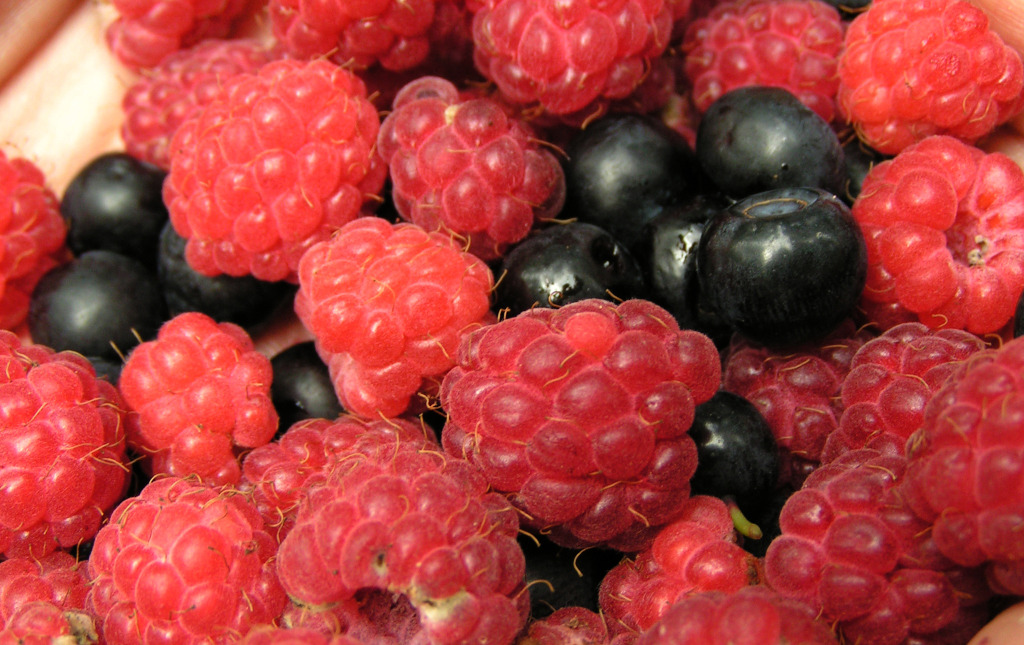 We have talked about ways you can promote good digestion during Halloween and Thanksgiving, but let’s face it – we are officially amidst the longest holiday season of the year. With work functions, family gatherings, and holiday soirees, comes a lot of feasting. That said, ask this question: Is your digestive health in optimal condition for what lies ahead? By laying down the groundwork for heaping plates of food and the occasional indulgence in holiday treats, you will be able to better digest throughout the rest of the holiday season.

You don’t have to overdo the spirits to get in the spirit of the holiday season. In fact, you should make sure to swap out the occasional alcoholic beverage with a tall, refreshing glass of water. By staying hydrated with the good stuff – h2o – you are doing one of the best things you can for your digestive system. The reason it is so important is simple: Water keeps food moving through your digestive tract in an effort to prevent digestive “traffic jams.” You know that encouraging friend who can sometimes push you to do something you otherwise wouldn’t do? Water is your digestive system’s bestie, and there is plenty to go around! Now, that’s something to raise your glass of water to and says cheers, isn’t it?

If you have ever been really stressed, it should be no surprise to learn that stress can have some unexpected – and unwanted – effects on the human body. In fact, too much stress can send your digestive system “into overdrive,” resulting in an array of complications. 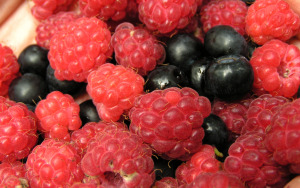 Fiber, fiber, fiber. The reason you are always hearing about the value of fiber in a well-balanced diet is because it is key to good digestion. In addition to stabilizing your blood sugar, fiber works alongside water to keep you regular. To put things in perspective, consider that the absence of fiber can cause painful constipation and uncomfortable bloating. Not to worry, though. The good news is that you can enjoy fiber in a number of yummy foods this holiday season. For a good start, place some bowls of pistachios around the house for light snacking. Raspberries are also a rich source of fiber and immune-boosting antioxidants, so find fun ways to integrate them into your favorite holiday recipes. Lastly, don’t reserve popcorn for being strung on the tree. Popcorn sans butter and salt is a great source of fiber that will satisfy your more savory cravings.

Probiotics are all the digestive-health rage. With these powerful microorganisms working to maintain your gut microbiota balance, you can reap an array of digestive benefits. From relief from gas and bloating to increased regularity, probiotics have the potential to act as your daily defense from undesirable digestive issues. Found in foods like kefir, pickles, certain yogurts, and miso, as well as supplements, there are plenty of ways for you to get your daily dose of probiotics. As a rule of thumb, look for live probiotic cultures, like those found in SCD Essential Probiotics.

By integrating these digestive aids into your daily diet, you can enjoy the holidays all season long. For more tips about digestive health and news about probiotics, stay tuned into our blog. And don’t forget to order a FREE bottle of our all-natural, 11-strain probiotics formula – it’s our gift to you this holiday season. 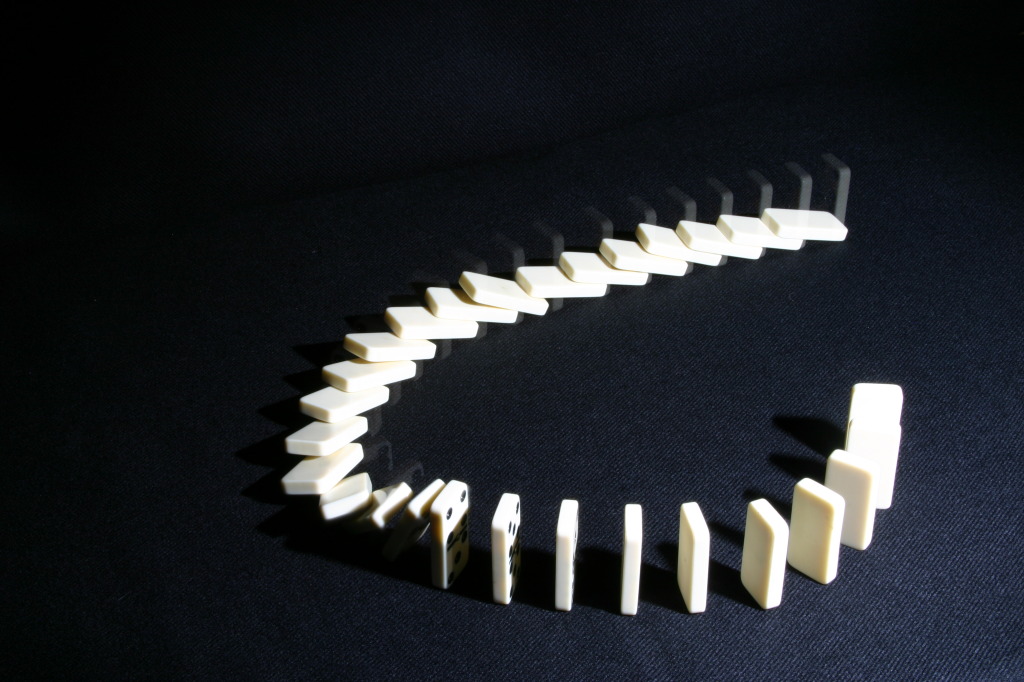 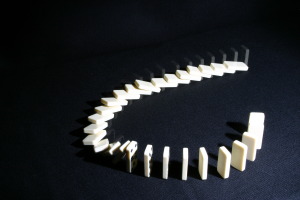 The more you learn about the human body, the more you know how interconnected its different components are. Routinely, various body parts are simultaneously working together to achieve a greater good. With that said, it is important to evaluate how your gut health impacts your immune health – namely the instrumental role probiotics are believed to play in this interdependent system.

The Scoop on Immune Health

The first thing you need to know about your immune system is that it does not operate independently from your digestive system. The bottom line is that your immune system is a multi-facetted entity that is affected by innumerous variables. Over the years, people have experimented with different ways to enhance their immune health, warding off unwanted infections and viruses. While it is still inconclusive whether lifestyle factors, such as diet, exercise, and environment impact immune health, there is some compelling research available.

This is a loaded question that is currently under evaluation by researchers everywhere – some of which is being conducted at nationally acclaimed institutions like the Harvard School of Medicine.  So, just what have researchers discovered? “For instance, it is known that certain bacteria of the gut influence the development of aspects of the immune system, such as correcting deficiencies and increasing the numbers of certain T cells. Precisely how the bacteria interact with the immune system components isn’t known,” reported a Harvard Health Publications article.

And although a lot of questions still need to be answered, some additional noteworthy findings have been discovered. In an article published by Curr Opin Gastroenterol, it was suggested that “the manipulation of the intestinal microbiota is a potential alternative approach for maintaining health and preventing and/or treating diseases.” For those of you unfamiliar with the idea of ‘microbiota,’ allow us to explain the basics. Microbiota, once known as ‘gut flora,’ refers to the 1000-some different species of bacteria that reside in your gut. With that said, it is pretty exciting to think that attempts to regulate your gut’s microorganisms could result in improved immune health.

What We Have Learned

Probiotics have exhibited promise for the treatment of various immune-related diseases. This spectrum of diseases is vast, but some identifiable ones include everything from allergies and eczema to viral infection. The fundamental reason probiotics are believed to help with these issues? “Most importantly, modulation of the immune system is one of the most plausible mechanisms underlying the beneficial effects of probiotics on human health. Probiotics have been found to enhance the innate immunity and modulate pathogen-induced inflammation via toll-like receptor-regulated signaling pathways,” reported the Curr Opin Gastroenterol study.

Because our microbiota is as unique as our fingerprints, one of the obstacles we have with this new approach to boosting immune health is how to get the individualized probiotic treatment needed for effective immune-health results. This is why more research is needed. As researchers continue to draw answers to existing questions about probiotics and our immune health, there is some important information for users to know.

The results of today’s studies about probiotics and immune health are still preliminary and require further testing before conclusive data can be collected about the correlation between probiotic-based gut health and your overall immune health. As researchers collect this data, it becomes imperative to consider how their findings will impact our individual microbiota.

The good news is that according to the Harvard School of Medicine, “In the meanwhile, if you choose to take a probiotic in moderation, it probably won’t hurt, and the scientific evidence may ultimately show some benefit.” Need some more compelling research? Don’t miss the recent findings from the Journal of Science and Medicine in Sport that discovered that “…New Zealand athletes had about 40% fewer colds and gastrointestinal infections when they took a probiotic compared to when they took a placebo.”

The final takeaway? With so much compelling research available, the future of our probiotics-focused immune health looks promising. Just remember, if you have a specific question about how different types of probiotics may benefit your immune system and overall health, be sure to consult your physician.

For more information about probiotics, tune into the SCD Essential Probiotics® blog.