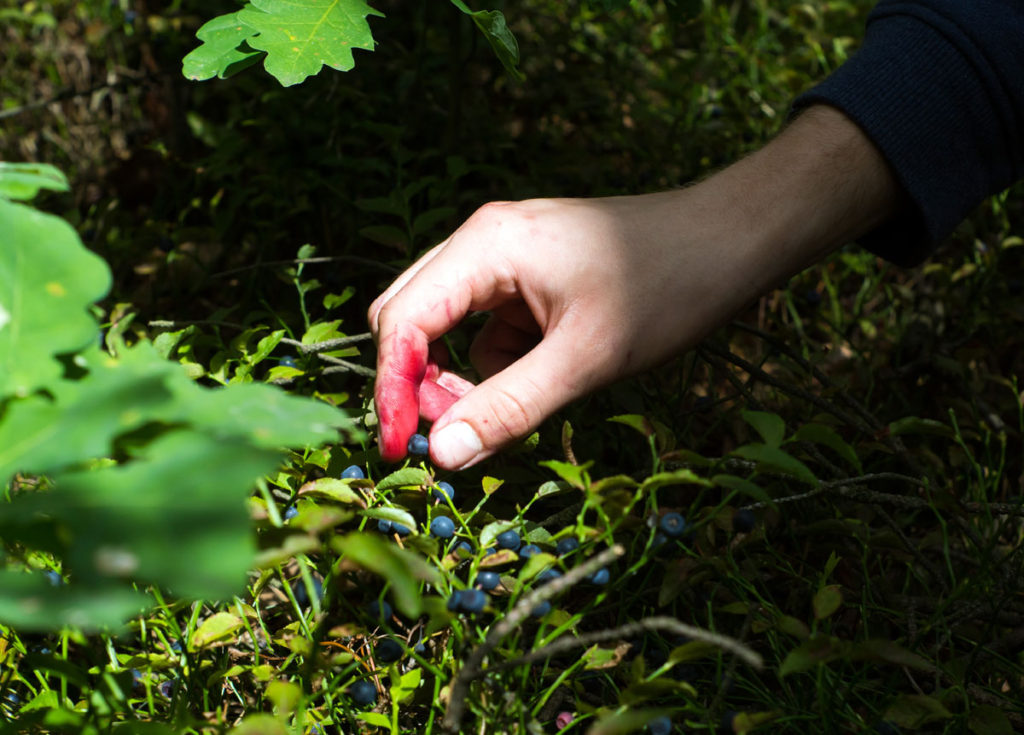 Amerindians in the Amazon harbor up to 50% more microbial species than North Americans.  And researchers purport that our loss of microbial diversity has contributed to the proliferation of obesity and asthma.   Since its unlikely that most of us will relocate to the Amazon, how can we get exposure to heirloom microbes?

What Are Heirloom Microbes?

Our ancestors likely had them.  And many non-industrialized, hunter-gatherer groups still have them.  Exactly what are heirloom or ancestral microbes and why don’t we have them?   Well, let’s start with the obvious.  Hunter gatherer groups live close to the land in traditional dwellings, eating a diet of unprocessed foods.  Moreover, they rely less on antibiotics and sterile cleaners, and often consume unrefined, seasonally-available foods.  They also may lack sanitation and sewers and rely on drinking water from rivers, streams or rainwater.

How to Re-Wild Your Diet

So how can you add more heirloom microbes to your diet?  Eating a more plant-based diet, including whole grains, is a good start.  There are yogurts that claim to use utilize rare or heirloom starters that might be worth a try.  Until microbial transplants become easily accessible, adjusting your diet and avoiding overly sterilized environments may be your best bet.

For the latest digestive health news, tune into our monthly newsletter! 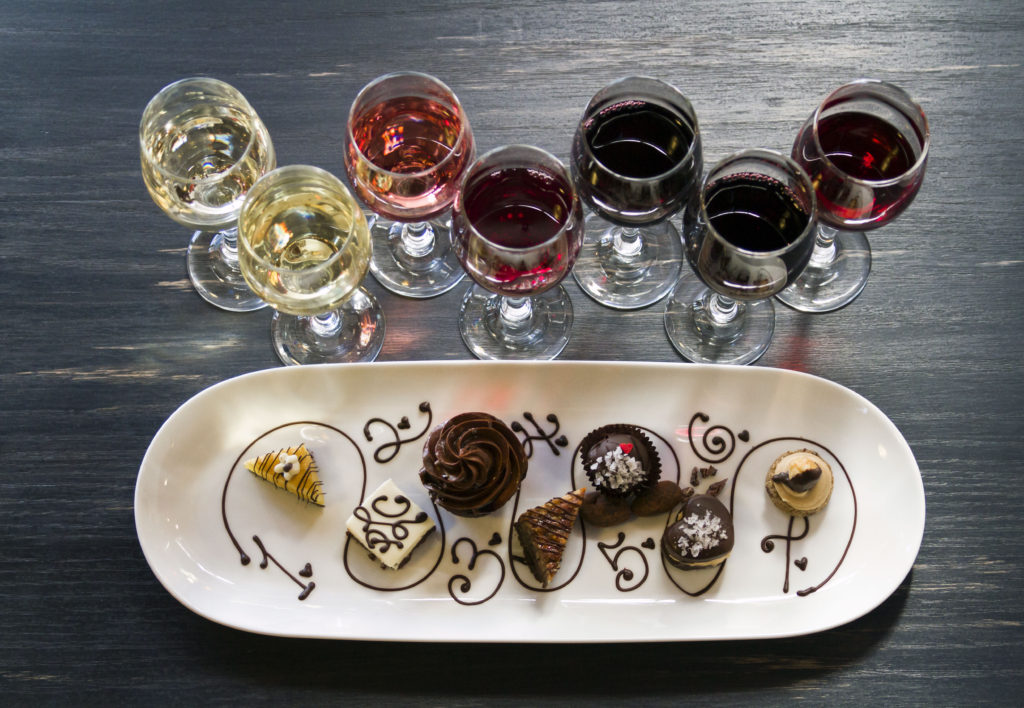 It’s been a long day, and after getting home from work, there’s one thing on your mind: relaxation. That looks different for every one but most people can agree that some of the best ways to wind down are through delicious treats, such as chocolate and wine. Unfortunately, being the health-conscience person that you are, you can’t rationalize indulging every day…. or can you? Recent research has shown the benefits of wine and chocolate and how they can actually improve your health!

Chocolate and wine are full of antioxidants, or health-boosters, that can improve your immunity and even help with digestion. Chocolate specifically can provide energy and the boost your immunity needs to keep functioning properly. The wine, though not as much as chocolate, also increases immune function.

Aside from giving you a rush of endorphins, wine and chocolate can have an overall impact on how you feel emotionally. The antioxidants in both increase your health and therefore your mood. HOWEVER- alcohol is a depressant. Drinking too much can actually hurt your mood and cause depression and dependence. Only drink when you’re happy. Chocolate, however, can be eaten whenever. It contains serotonin, a natural anti-depressant.

It’s odd to think that something to delicious as wine or chocolate can actually be good for heart health, but research has been indicating a huge difference between the hearts of avid wine drinkers and those who stick to beer or hard liquors. Likewise, chocolate has the same effect, with helping to stimulate the blood stream and therefore support heart health. The antioxidants in both support heart function and blood flow and can help maintain a healthy lifestyle!

As odd as it sounds, both of these delicious treats contain probiotics, bacteria that is good for your gut. The gut controls most of the body’s functionality including immunity, digestion, and even mood. When chocolate and wine are ingested, the probiotics in them have been shown to help steady or improve these functions and more! The Benefits of Wine and Chocolate

The next time you feel guilty reaching for a glass of wine or a few squares of chocolate, remember all the good it does! The benefits of wine and chocolate definitely outweigh the downsides (and the calories). Your body needs things like antioxidants, endorphins, and probiotics to function properly. Don’t hold back- consuming these scrumptious delights in moderation can help support your overall health!

Whether you choose a supplement or a food source for probiotics, there are a number of avenues available to help you make this healthy lifestyle change. 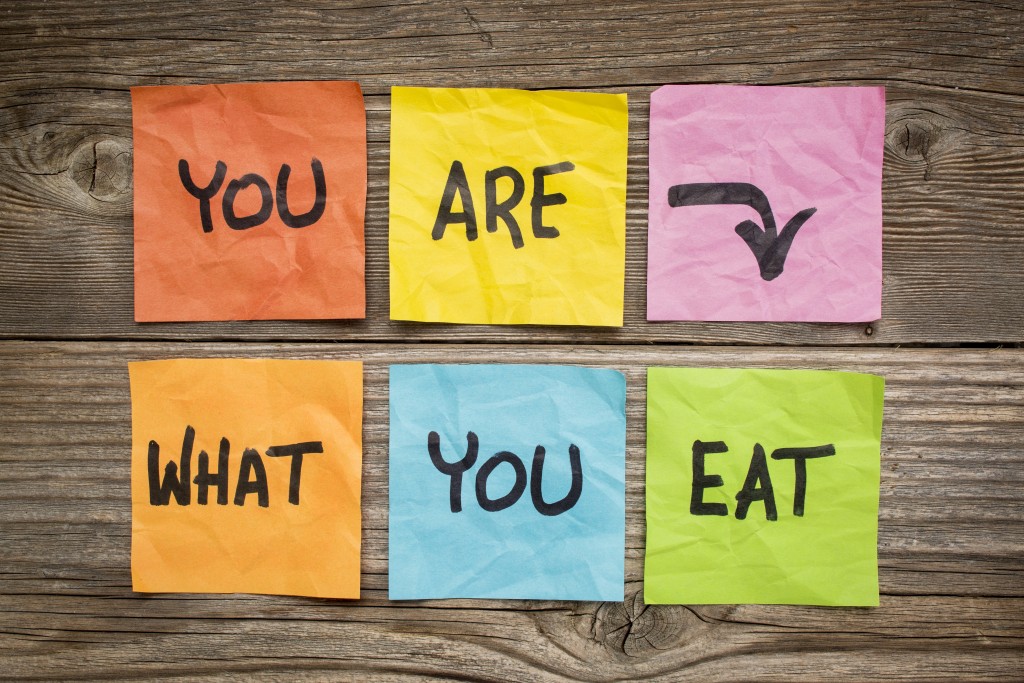 May is 21-24th is Digestive Disease Week so to “celebrate”, we are going to talk about your gut! You may not know it, but your gut is a very important part of your body. In your gut is the microbiome, or the powerhouse of your body. Inside this powerhouse are both good and bad bacteria (they balance each other out, to keep you balanced); however, when this balance gets knocked out-of-whack, your body suffers, sometimes resulting in stomach pain. Although diseases such as Acid reflux and Crohn’s are not directly linked to an unstable microbiome, having a health gut can put you that must closer to relieving some of that stomach discomfort!

Your Gut and You

In previous posts, we have discussed the microbiome (MB) and its vitality in your body’s day-to-day functions. In summary, your MB is a clean eater; therefore, when greasy, over-processed foods are consumed, it rejects the junk, causing what little “nutrients” are present to pass right through and into your intestines, leaving your powerhouse without any fuel. When your microbiome is malnourished, your body will feel the same. This can have detrimental effects on your body, including “inflammatory conditions, heart disease, cancers, and even dementia,” according to Dr. Frank. Lipman. A healthy microbiome also assists in digestion, weight loss, and mood, showing a direct correlation between itself and mental health.

What you can do:

The best way to protect your body? EAT. But only the good stuff! Feed your gut pure proteins, whole grains, and fresh veggies. Focus on cutting out sugary, over-processed foods and dairy while consuming more greens, legumes, and fermented foods such as kimchi or sauerkraut. Fermented foods contain probiotics, which assist in growing good bacteria in your microbiome, which make for a happier, healthier you! If the thought of fermented foods gives you a sauer feeling in your stomach, perhaps try a probiotic supplement that is easy to digest instead.

Don’t just feed, but nourish your body. Your gut, your microbiome, and your body will thank you.

For more information about our probiotic supplement, visit http://www.essentialprobiotics.com/. 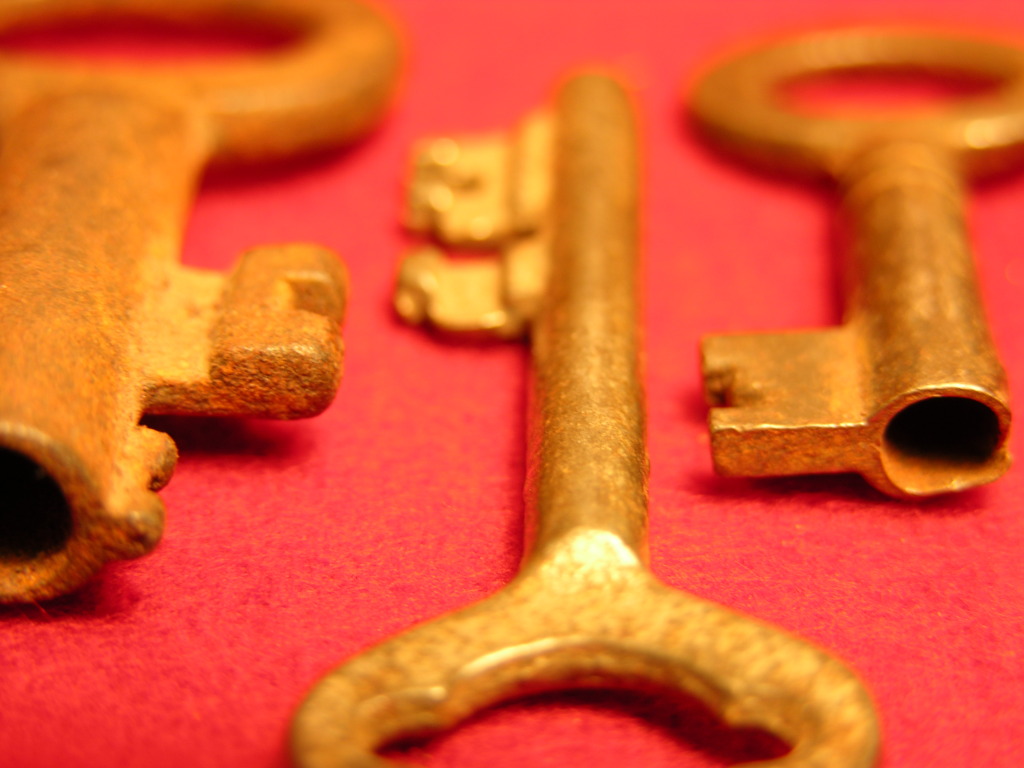 After deconstructing the phrase ‘gut microbiota’, its meaning makes perfect sense. ‘Micro,’ a term used to describe something that is extremely small when paired with ‘biota,’ a word describing the plant or animal life of a select habitat, more or less relates to the countless microorganisms that comprise the intestinal region of the body. If we did have to assign a number to the “countless microorganisms” that reside in this area, it would be in the tens of trillions. What makes these trillions of microorganisms so important is how they impact our body collectively.

From the moment you are born, you begin developing your own special identity – your gut microbiota is no exception. Out of the 1000 different species of bacteria that comprise this environment, “one third of our gut microbiota is common to most people, while two thirds are specific to each of us,” reported Gut Microbiota World Watch.  But what’s an already impressive statistic offers even more interesting insights about our daily lives.

Don’t let the name ‘gut microbiota’ trick you into thinking that these microorganisms strictly influence your intestinal health. Countless research studies suggest that this couldn’t be further from the truth. In fact, just hours ago, a press release announced that these trillion-some microorganisms could actually impact your BBB (brain-blood barrier), an extremely crucial component affecting what enters and is prevented from entering our brains.

So, what exactly does this discovery about the gate keepers of the brain mean for us?

Surprisingly, this isn’t a revolutionary idea. Previous studies have theorized that there is a direct gut-brain connection; however, it was never confirmed. In a groundbreaking study that was spearheaded by a team at the Karolinska Institutet, it was confirmed that “the findings provide experimental evidence that our indigenous microbes contribute to the mechanism that closes the blood-brain barrier before birth.” What’s most interesting about this study is that amongst the two groups of test mice – those exposed to maternal gut microbiota throughout pregnancy and those birthed from germ-free mothers – the first group fared better.

In fact, the researchers actually observed a blocked entrance of identifiable pathogens from the bloodstream into the brain in the first group of mice. Furthermore, the test mice that were not exposed to bacteria during pre-birth development demonstrated higher levels of compromised BBB function. A promising finding from this study is that the poor BBB performance observed in the test mice could be enhanced from the grafting of “normal” gut microbes.

In addition to promoting improved brain health, our gut microbiota helps facilitate other important bodily functions. Given that our gut microbiota is comprised of the microorganisms in the intestines, it seems obvious that a well-balanced gut microbiota promotes healthy digestion. On the same token, a gut microbiota that is “out of synch” can prompt “dysbiosis,” the phenomenon that results in a handful of digestive complications, as well as allergies and diabetes.

How to Nourish Your Gut Microbiota

In the event that your gut microbiota does get out of balance, there are ways to return things to a balanced existence. Research today suggests that both prebiotics and probiotics can help balance your gut microbiota. While prebiotics help feed the healthy bacteria, probiotics work to increase the presence of beneficial microbes in this region. In addition to having the ability to modulate the gut microbiota, researchers have observed a number of benefits – namely the prevention of pathogenic bacteria overgrowth, reduced “competition for nutrients” and “the production of antimicrobial compounds (defensins),” reported an article from Genes & Nutrition.

Although a great deal of your gut microbiota is developed in your earliest years, it is crucial to feed this important ecosystem the nutrients it needs to deliver healthy performance over the course of your lifetime.

For information about probiotics and how they impact your overall health, stop by our blog.