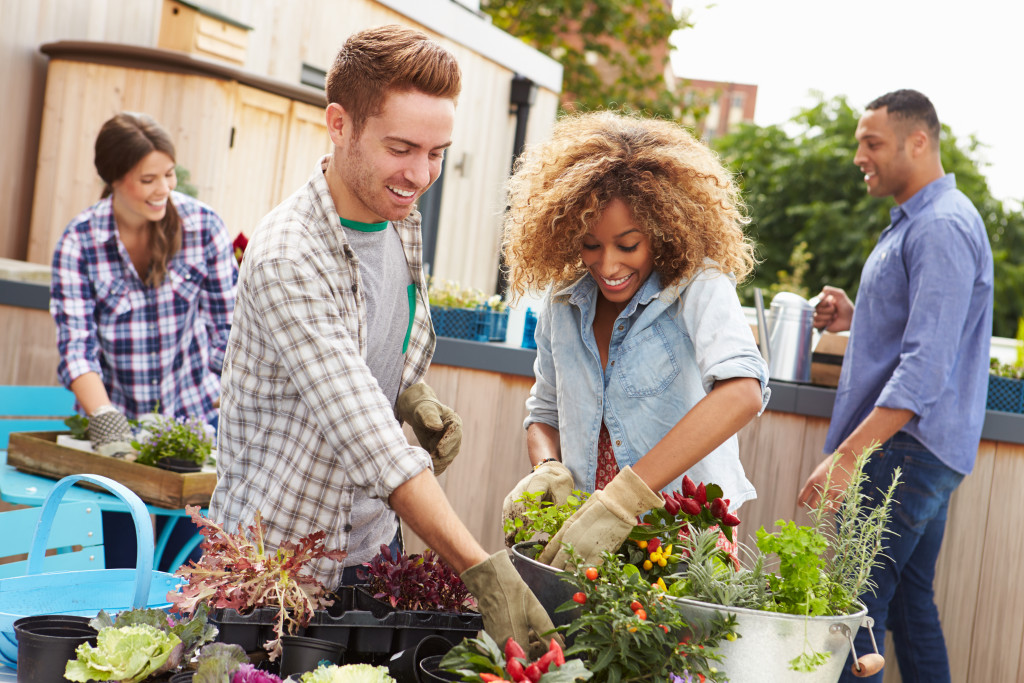 In the last few years we’ve seen a huge uptick in urban gardening, and with good reason.With cities housing huge populations, urban gardening has the potential to be a key player in the creation of greener communities. This has us paying closer attention to what may be less of a trend and more of a permanent fixture in metropolises everywhere.

Why We Dig Urban Gardening

It enhances the urban aesthetic.

Large cities sometimes get a bad rep, being labeled dirty concrete jungles. Urban gardens change that. With these installations going in shared outdoor spaces and neighborhoods, patches with fruit, veggies, and other verdant greenery add a pop of color to the mix.

It’s good for the environment.

Urban gardening is eco-friendly for a couple reasons. At its core, urban gardening is a source of food production. What’s great about it is that in addition to growing your own food supply, you’re cutting down on the miles driven to get outsourced food while reducing the demand for non-local food. Both of these factors translate into what National Geographic refers to as fewer “food miles” driven.

“Thomas Pugh and colleagues explain that concentrations of nitrogen dioxide (NO2) and microscopic particulate matter (PM) — both of which can be harmful to human health — exceed safe levels on the streets of many cities. Past research suggested that trees and other green plants can improve urban air quality by removing those pollutants from the air.”

Because there was a less than 5 percent reduction in these emissions, ACS suggested other ways to increase reductions in these gases via urban gardening.

“The study concluded that judicious placement of grass, climbing ivy and other plants in urban canyons can reduce the concentration at street level of NO2 by as much as 40 percent and PM by 60 percent, much more than previously believed.”

We sort of covered urban gardening’s cool factor in our first part about its awesome aesthetic. But if that wasn’t convincing enough, here’s some more food for thought.

Growing your own food is awesome. You get the best in-season produce. And you know exactly what’s going into the soil that grows your food. That means less harmful chemicals and more of the good stuff that keeps you and the food you eat healthy.

In our book, that is the definition of cool.

There’s a lot more to leading a healthy lifestyle than just eating well and exercising. A healthier planet is a healthier you.

Learn how you can become a part of your community garden today.