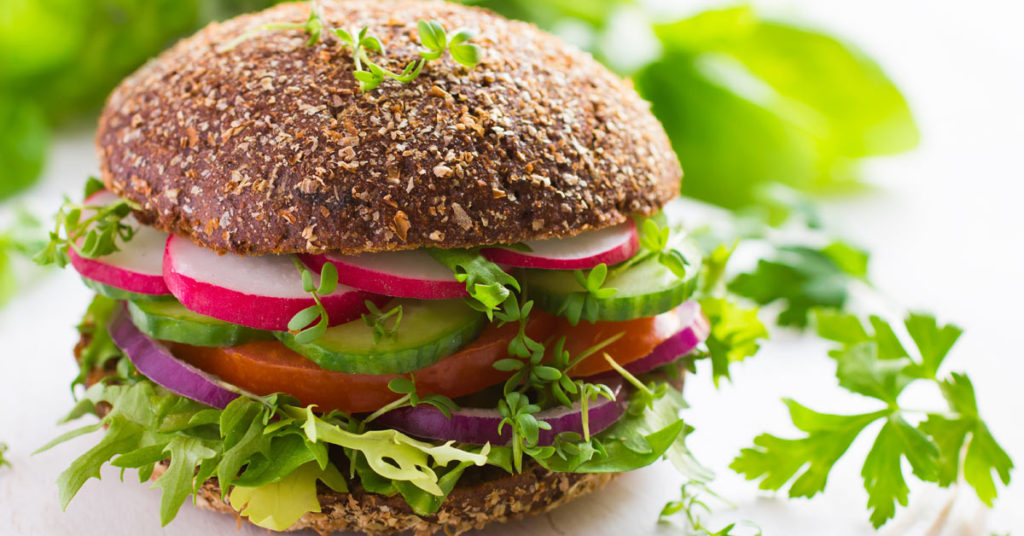 There are plenty of different lifestyles out there in the world. One of the most meticulous and difficult to adhere to is that of veganism. Those who choose to be vegan choose to stay away from not only meat, but meat products, such as fish, eggs, and even gelatin (made from animal marrow). It is by far one of the most challenging diets, but it seems to be the most beneficial. Vegan health is always up for speculation: is it healthy? Do vegans get enough protein or vitamins that they need? But as it turns out, vegans might be the healthiest of us all!

Meat and the Gut

People who stick to a “traditional” diet (we use that very, very loosely) tend to eat, well, not-so-great food. From juicy burgers to delicious fried EVERYTHING, we tend to indulge in food that is full of bad stuff. This bad stuff, such as grease, fat (especially from meats), and sodium tend to mess with our microbiome. As we stuff our bodies with these bad ingredients, our microbiome, begins to suffer. Meats and dairy are high in fat and cholesterol and have been shown to influence our microbiome negatively.

Unsurprisingly, those adhering to the vegan lifestyle tend NOT to have this problem. They are constantly packing their bodies with all-natural, vitamin-rich foods such as fruits, veggies, and whole grains. Their low-fat, low-cholesterol diet seems to be sustaining their microbiomes substantially.

In a recent study of gut health, 88% of vegans were found to adhere to the healthiest of eating patterns, 65% of vegetarians and 30% of omnivores. To determine gut health, researchers took samples of feces and urine and measured metabolites or byproducts of bacteria.

Those following a vegan diet had the highest levels of short chain fatty acids (SCFA), or beneficial gut bacteria metabolites, indicating that they had a healthier microbiome in their gut. On the flip side, those who adhered the least to the plant-based eating pattern tended to have higher levels of a toxin called Trimethylamineoxide (TMAO) in urine samples, indicating that the bacteria in their body may be producing harmful substances.

It’s clear that what you eat can directly affect your gut bacteria.  And eating high-vitamin, high-nutrient, and high-probiotic foods, such as raw fruits and vegetables is a good place to start.

All in all, a vegan diet is one that is to be applauded both for its presence of self-control and its health benefits. Although vegan health is something to be admired, there are plenty of ways to get the same kind of results without cutting your favorite dairy or meat-based products.  Stick to lean means, eat more veggies, and stay away from greasy food. Doing this will result in not only a happier microbiome, but a happier planet and a happier you!